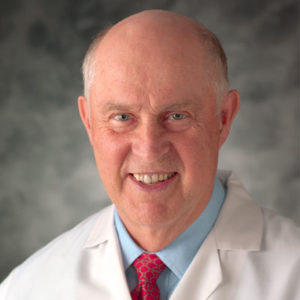 Allergy desensitization done by the mouth dates back as early as 1900 when New York physician H.H. Curtis relieved his patients’ hay fever by placing pollen antigen drops in their mouths. But it wasn’t until the 1920s that placing allergy drops under the tongue truly became part of allergy history.

St. Louis ENT doctor French Hansel experimented with sublingual drops for dust mites while he was a Mayo Clinic fellow in the 1920s and published his results in 1936. He was the first to observe that placing antigen drops under the tongue prompted faster, more effective desensitization than in any other part of the mouth.

A new generation of physicians resurrected interest in sublingual immunotherapy in the 1960s. It was in 1966 that our clinic founder, David L. Morris, MD, attended his first sublingual immunotherapy conference. He’d been searching for an effective way to treat his mold allergic patients; mold exposure was an occupational hazard to dairy farmers. Many were non-smokers, yet they often suffered from chronic obstructive pulmonary disease (COPD). Also called hypersensitivity pneumonititis, Farmer’s Lung usually includes asthma caused by allergies to mold that grows in hay that is baled wet.

In Wisconsin’s humid summers, hay was nearly impossible to dry completely before baling. Damp hay stacked in small bales warmed as if composted, creating ideal conditions for mold growth that released billions of mold spores when the bales were opened and used for animal feed. Often these patients would feel so sick after receiving allergy shots that it was hard for them to work. In addition, busy farming schedules made it difficult for farmers to come to Dr. Morris’ office frequently for injections.

When Dr. Morris first started his Wednesday night allergy clinic, he began offering patients a choice: shots or drops. “After three years,” said Morris, “no one was lining up for shots anymore since they were more interested in allergy drops.”

In 1970, Dr. Morris opened Allergy Associates of La Crosse, a sole sublingual immunotherapy clinic. Since that time, he and his physician partners have treated more than 200,000 patients with a wide variety of allergic conditions using allergy drops.

In addition to treating complex allergic patients from around the country, the physician partners from Allergy Associates of La Crosse have remained dedicated to sharing their knowledge of sublingual immunotherapy with other physicians. This dedication led to the development of Allergychoices, Inc., a healthcare company that provides tools and services to enable physicians to provide sublingual immunotherapy to their patients, and gives allergy sufferers information and access to practices offering sublingual immunotherapy. Allergy Associates’ physicians have provided training and education to leading medical university hospitals, branches of the U.S. military healthcare, and a number of private practices, with many of those now treating patients with the La Crosse Method™ Practice Protocol.

Dr. Morris first began publishing research papers in medical literature examining the sublingual treatment of allergies to foods and inhalants in 1969. Today, we continue to work toward better understanding of sublingual immunotherapy’s effectiveness through research at our clinic and by developing research partnerships around the world.

2009 – Dr. Demetrios Theodoropoulos, Dr. Mary and Dr. David Morris publish a paper on the mechanisms of sublingual immunotherapy in Drugs of Today