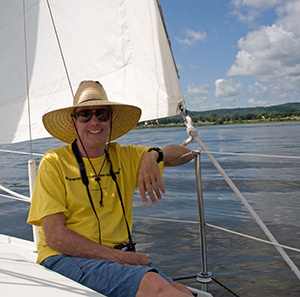 When I was 15, I did yoga, got into health foods and meditation, and never smoked, did drugs, or drank much. I was healthy. In my 20s I showed some signs of minor skin rashes and couldn’t find anything in western or alternative therapies that helped. I became a black-belt in kungfu, and decided to go traveling in the South Pacific in 1988.

After a year, while in Australia, I developed a rash that started at my ankles, and over 30 days traveled up to my chin. I thought ‘parasites,’ or some strange malady. I was tested for everything imaginable at a hospital in Sydney; I was the worst skin case they’d ever seen, outside of flesh-eating-strep. I was diagnosed with severe ‘eczema.’ For two years I used steroid creams, then inhalers for related asthma (which I’d never had). After two years, the skin medications provided no benefit.

Many other institutions and many alternative therapies provided no relief, or solutions. For 20 years I was told consistently I had one of the worst skin conditions imaginable, but no one could find a solution.

I lived in a bubble, my life was 24/7 horrible pain, misery, limited lifestyle—eating about five foods, no condiments. I lost everything I loved, isolated myself (everything caused pain, misery), and could no longer be outside and in the water despite my passion being sailing, diving, and swimming.

Some alternative therapies and very deep knowledge of food helped calm things slightly, but changed nothing. In 2006, I underwent extensive testing again. Everything was normal, except one thing: very high IgE (over 14,000, where normal is 0-158)—I was one big walking allergic reaction. I knew of Allergy Associates of La Crosse 10 years earlier, but never thought to associate my symptoms with an allergic reaction. The IgE made it conclusive. I know now the cause was most likely, in hindsight, without conclusive proof; a combination of stress when younger, genetics (sister had skin problems in high school which she mostly left behind), exposure to chemicals, and the inoculations I took before traveling.

In summer of 2006, Dr. David Morris at Allergy Associates of La Crosse said I was the worse skin case he’d ever seen (at the time about 30% of what I’d been for almost 15 years), and began treatment with allergy drops. After 3 months, and no change, I called him, very disappointed, and he said, “Stay with it another month, I know what I’m doing.” Ten years earlier, I would have never given him that much time. I tried one more month, and saw tiny changes.

After nearly three and a half years on the allergy drops, I went off steroid inhalers, and my lungs are slowly recovering—chi building exercises and a very healthy lifestyle maximize the benefits of La Crosse. My IgE dropped from over 14,000 to 4,000, back up to 8,000 when we proceeded too fast on antigen levels, but I’m sure it will drop even lower than 4,000.

I still have some minor daily, dry skin issues, and if I play around with diet, I can have some small reactions, but I trust these imbalances—and the lungs—will fully recover. The journey taught me many things, so there are no regrets, but it’s good to move on!

Thank you Dr. David Morris, and my current Dr. Mary Morris, and all the staff at Allergy Associates of La Crosse!