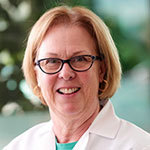 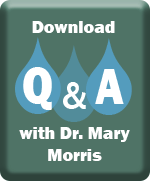 Thank you for inviting me to share the scientific information about a treatment option that is available now, using allergy extracts that all allergists have in their offices. You will see that this form of treatment provides a margin of safety if an allergic food is eaten, and there are minimal safety concerns with the treatment itself. I hope this information will help expand your treatment option discussion with your own allergist.

My father was a real pioneer in the use of sublingual immunotherapy or allergy drops for treating not only airborne allergies, but also food allergies. For the last almost 50 years, we have treated 155,000 patients with this form of immunotherapy.

Back in 2000 we decided that we would put together the La Crosse Method Protocol, which summarized all of the experience that we had in our clinic as well as research that had been done on sublingual immunotherapy. We did this in an effort to provide more patients the benefit of sublingual immunotherapy by sharing our experience with our colleagues.

We also felt that with the large clinical experience that we had, we should set a standard of care for this form of immunotherapy.

They were all selected because they had very severe peanut allergy. They had a history of reactions, along with a peanut specific IgE over 15. Actually, on average, the peanut specific IgE was 95.7. With these criteria, the estimated risk with an accidental exposure or ingestion of peanut would be that over 95% of them would have a serious reaction if they ate peanuts.

We then sent out a validated questionnaire to these patients and there was a 60% response rate. In this highly motivated group, despite their best efforts, 31% of them had eaten peanut since beginning sublingual immunotherapy. In this very high-risk group, however, 73% of them did not require emergency room evaluation, 86% of them did not need epinephrine and there were no hospitalizations or ICU admissions.

One of them mother’s wrote that she had been going through her son’s backpack at the end of the day and found a wrapper for a granola bar that contained peanuts. She went running into the other room to ask him had he actually eaten the granola bar, which he had, but he had eaten it that morning. Because he had developed no symptoms in the intervening day, she did not feel it was necessary to give him epinephrine or go to the emergency room.

When I talk to families in our clinic and ask them what their goals of treatment are, typically they respond to me that their main goal is really decreasing the risk of a severe reaction if their child eats an allergic food. I would add that I also think it’s important that this be done with minimal risk from the treatment itself.

With either form of immunotherapy, you start with a very small amount of the food or antigen and gradually increase until you reach a maintenance dose.

The main difference between sublingual immunotherapy and oral immunotherapy is where we place the extract is very important. The area under the tongue is an immunologically privileged site. There are very high concentrations of dendritic cells, which are the cells that take up the extract and communicate with the immune system to provide systemic protection. Because we’re putting the extract in this unique site, we only require milligram amounts to get the effect, where with oral immunotherapy using a powder, markedly higher doses are required.

Randomized double-blind placebo-controlled means that subjects in a research trial are randomly assigned to either active or placebo treatment. It is double-blind, meaning that the patient’s, the families, the researchers, have no idea which group the patient is in. This is considered one of our best scientific types of research designs to make sure that the researcher’s bias isn’t impacting the results.

We give gradually increasing amounts until a person has a reaction. We then refer to all of those doses added up to be the cumulative tolerated dose.

Let’s look at the first randomized double-blind placebo-controlled trial. This was a project that was started about 15 years ago. I approached one of our leading food allergy researchers in the country, and we put our heads together, and by using the clinical experience that we had at Allergy Associates of La Crosse along with his research experience, we were able to develop a protocol that has been used in all of the following sublingual immunotherapy peanut trials.

Let’s look at study 1. There were 18 children. The maintenance dose was 2 milligrams a day and they were treated for 12 months.

Safety was very good. The main side effect was just mouth itching that was self-limited and resolved without treatment.

These encouraging results prompted the next study which is a randomized double-blind placebo controlled multicenter trial. These were selected food allergy research groups appointed by the National Institutes of Health as being our best research facilities for immunotherapy trials.

There were 40 patients, five different sites, safety was very good.

In the first group, they used a 1.3 milligram maintenance dose. Again, the main side effect was just mouth itching.

At the end of 44 weeks, the patient had gone from being able to tolerate only 3.5 milligrams of peanut, which is about 1/100 of a peanut, to at 44 weeks achieving almost 500 milligrams, and at 68 weeks, almost a thousand milligrams.

They then also did a crossover arm where they looked at 3.7 milligrams as the maintenance dose. Safety was the same and the results were the same.

We now have results of an open trial that was done using the same basic protocol but treated the children for four years.

To me, this shows the power of immunotherapy, specifically sublingual immunotherapy, that we were able to use a dose that is roughly 1/100 of a peanut once a day and were able to achieve a tolerance of 9 peanuts, which is certainly higher than an accidental ingestion likely would be.

Clinically we also have seen that the longer you treat the patients, the better the results. Safety, again, in all of these studies, has been very good.

There were 21 patients in the sublingual group of, as always, very small amounts of antigen are required. They use 3.7 milligrams as the maintenance dose where with the oral immunotherapy group, 2,000 milligrams was required for their maintenance dose.

I believe I have shown you that the scientific evidence of efficacy has been showed in several National Institutes of Health sponsored studies, meaning non-industry studies. The protocols that are presented in the studies are available for use by your allergist now.

All of the studies have all of the information regarding dosing, frequency of dose increases, and maintenance doses that your allergist can review and find in great detail from these published studies.

The peanut extract that was used in all of the previous studies is the FDA approved extract that we use for skin testing and is readily available to your allergist to use in an off-label manner.

Unfortunately, there are not many allergists who offer sublingual immunotherapy for food allergies and they’re even fewer who offer this form of treatment for patients with severe food allergies.

Through Allergychoices with our La Crosse Method Protocol, we have shared this information with about 2,000 doctors over the last several years. This is a protocol that not only treats for peanut allergy, but for all of the food allergies as well as airborne allergies at the same time.

So in summary, if the goals of treatment of severe food allergies are to decrease the risk of severe reactions with an accidental exposure, and the treatment having minimal risk from the treatment itself, then I think sublingual immunotherapy fulfills all of these criteria.