As printed in the La Crosse Tribune

As a child, Lindsay Williams was often homebound. 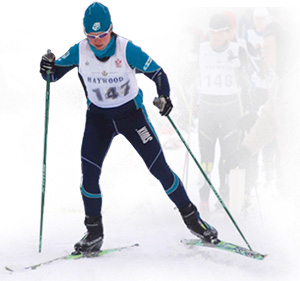 Williams had horrible allergies. Her bed and pillow were in a special plastic bag to keep the dust mites out. She had sinus surgery and took allergy shots, but nothing seemed to help her.

“I’d get so sick every spring and fall until I would throw up,” Williams said. “I never went outside, and when I did, my eyes would close. It was terrible. I had an inhaler the size of my head so I could breathe.”

The last thing on her mind was playing outdoors or sports.

But her mother heard about Allergy Associates in La Crosse, and she began treatment with sublingual immunotherapy, or oral drops, when she was in third grade. She said she got better and eventually was weaned off treatment by the time she was a teenager.

“I have really good control now, and I don’t take any medication except for cold-induced asthma,” she said. “I am healthier than I have ever been. I seriously believe I would not be where I am today without the help of Allergy Associates.

Allergy Associates couldn’t find a better testimonial from one of their patients, but Williams is not your average patient.

The 25-year-old Hastings, Minn., native is an Olympic skier. She was a member of the 2006 U.S. Olympic Ski Team and had her best finish – 36th – in the sprint event in Torino, Italy.

Williams, a former U.S. National Sprint Champion and NCAA National Champion at Northern Michigan University, is now training to make the 2010 American ski team for the 2010 Winter Olympics in Vancouver.

“I’d say the chances for me to medal this time are pretty good,” Williams said. “I’m working very hard to make it all count.”

When she started looking for sponsors, Williams thought about Allergy Associates. She said skiers need sponsors because travel is expensive to go to qualifying meets in places such as Alaska and Canada for a year.

“And now, once again, they are helping me reach my goal to make the 2010 Olympic team,” Williams said. “With my allergies and asthma, I never thought I would become an athlete, and never guessed I would be doing it at the Olympic level.

“My parents are amazed how far I have come from a sickly little child to an Olympic athlete,” she said.

Dr. Mary Morris, Williams’ physician at Allergy Associates, said allergies play a significant role in more than half of children with asthma.

“If you treat them young, they not only can lead normal lives but also do exceptional things like difficult endurance sports without a problem,” Morris said.