Eczema is a common, often chronic skin disease that affects more than 10% of the population. The most common form is atopic dermatitis, or atopy. It is often caused by allergy. 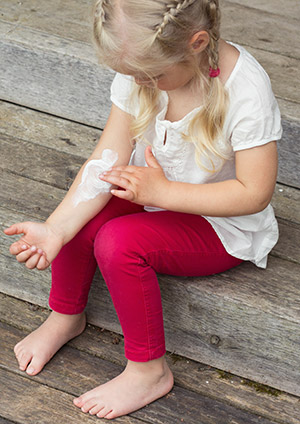 Although atopic dermatitis can occur at any age, most often it affects infants and young children. It commonly remains a life-long condition associated with significant distress and complications, and it often progresses into other diseases. This progression is sometimes referred to as “atopic march” which may last into adulthood or show up later in life. The “atopic march” predicts that patients with a strong allergic component to their atopic dermatitis will typically develop some or all of the following conditions: